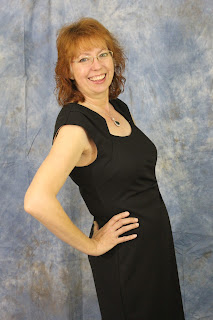 At the age of 37, I became pregnant and miscarried my baby for the very first time. Over the next three years, and another four miscarriages, I carried my daughter to full term.  As a result, I gained over 60 pounds.  I was told over and over not to worry about the extra weight.  That after my daughter was born, the weight would just fall off.

After her birth, I only lost 20 pounds. I desperately began trying every diet and program I could get my hands on.  Even taught a weight loss class.  I would loose a few pounds and then gain them back, and of course, they would bring a few of their friends with them. Over the next 13 years, my weight began to creep up again.  Soon I weighed almost as much as I did on the day I gave birth.

I lost all my confidence, and self-esteem.  I was ashamed to be seen out in public.  I hated clothes shopping.  Worse yet, something I never expected, I lost my health.  I have been an asthmatic all my life.  Twenty-six years ago I went into respiratory arrest.  As a result, every six months I have to see my pulmonary doctor down in Ft. Lauderdale.  Every six months I would get a great report.  As my weight went up, my reports went down.  I was slowly dying, and I knew it.  I knew I had to do something.

I had watched a friend of mine lose over 145 pounds, and keep it off for over two years.  He told me about this fantastic 5 & 1 program that came with a personal coach at no extra charge.  He told me how even after he lost the weight, his coach was still there for him, and that he taught him how to maintain the weight loss.    I was very intrigued, but after so many failures, I was very skeptical that it would work for me.  He told me that he was now paying it forward, and wanted to coach me.  I was convinced that I could do it by myself, so I said no.

After telling him that I was not interested, and my latest Dr. report in hand, I realized that this was my last chance. In the fall of 2016, I joined the program. Over the next 13 weeks, I lost 42 pounds.  I dropped from a size 16 to a 6.  I am at a healthy weight and have maintained it for the last seven months.

In November of 2016, I went for my six months check up.  My doctor was totally blown away when he walked in the room.  He showed me all my test results.  They were better than they had been in years.  He told me that he was prepared to give me the "You only have a few years left, better get prepared" speech. Instead, he said, "I don't know what you are doing, but keep it up!"

Fast forward to May of this year.  Once again it was time for my six months check up.  I had been sick in bed with a bad cold for the last four days, so I was dreading the long drive to Ft. Lauderdale.  I knew the tests would come out bad.  The doctor walked in and said the test results were better than they were six months ago.  He couldn't imagine how much better they will be once I get over my cold.  He is so excited for me.  He has never seen a long term patient my age progressively get better.

What's next for me?  Well back in January, I decided to become a Health Coach and help others take their health back.  I am currently working on my Certification through Villanova University.

If you are ready to lose weight & take your health back, I'd love to help you.