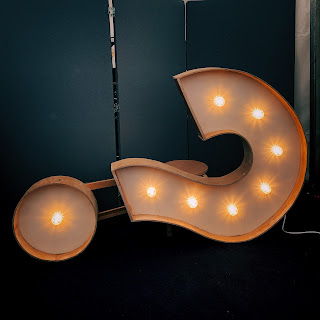 "We've never done it that way before! I don't understand why we have to change it."

I've heard this conversation over and over again. This particular one was over where to move the grand piano on a platform. Yes, you read that right. The piano hadn't been moved in 10 years. But with the church's growth came new musicians, and they needed to make room for them.

I wish I could tell you that a simple explanation and understanding that these advancements in the church's worship team would result in younger people attending church and new people giving their lives to Christ would be convincing enough.

But sadly, no. They didn't care. If it was good enough for them, it should be good enough for everyone else. Yes, you would be right if you think that is a selfish statement.

This event is after Jesus' death and resurrection. Jesus has already appeared to the disciples and others by this time. But there is a problem that has to be dealt with, Simon Peter had betrayed Jesus at his trial.

So as far as Peter is concerned. His ministry is over. He betrayed His friend, teacher, and Savior. Peter and some of the other disciples were fishermen by trade. So he does what comes naturally to him, fish. The other disciples join along, probably because they don't have anything else better to do anyway.

Change cannot happen without vision. The conversation about the piano would have gone easier if the leader had explained what there were doing and why.

But those things didn't happen. So when the leader introduced change, people just reverted to what they knew. Fishing - metaphorically speaking, of course.

Here are a few questions you can ask yourself. Do you have a vision for your life, family, and future that challenges you to change?

What are you doing right now? The same thing you've always done because you don't have a reason to change?

Has God challenged you to change to be a blessing to someone else? As uncomfortable as that may have made you - do you realize that God's vision will lead you to a better life than your plans?

Pray: Dear Jesus, You taught us to pray, Your Kingdom come, Your will be done. Teach and show me your will - I am listening. In Jesus' Name, I pray - AMEN.

Photo by Jon Tyson on Unsplash