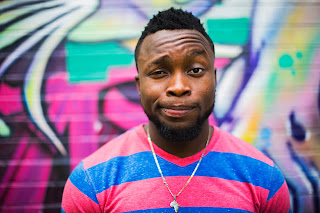 READ; John 21: 1 - 7 1 Later, Jesus appeared again to the disciples beside the Sea of Galilee. This is how it happened. 2 Several of the disciples were there—Simon Peter, Thomas (nicknamed the Twin), Nathanael from Cana in Galilee, the sons of Zebedee, and two other disciples. 3 Simon Peter said, “I’m going fishing.” “We’ll come, too,” they all said. So they went out in the boat, but they caught nothing all night. 4 At dawn Jesus was standing on the beach, but the disciples couldn’t see who he was. 5 He called out, “Fellows, have you caught any fish?” “No,” they replied. 6 Then he said, “Throw out your net on the right-hand side of the boat, and you’ll get some!” So they did, and they couldn’t haul in the net because there were so many fish in it. 7 Then the disciple Jesus loved said to Peter, “It’s the Lord!” When Simon Peter heard that it was the Lord, he put on his tunic (for he had stripped for work), jumped into the water, and headed to shore. (NLT)

Everyone loves to get rewards. We love those reward points we get on purchases. Businesses have learned that it is a great way to motivate people to repeat an action. Think about how you feel every time you eat your favorite dessert. Ever go to get a second piece because you want to feel that incredible emotion of satisfaction? We all have.

The disciples obey the voice from the shore, and they got the biggest haul of their life for it. It was a miracle. It didn’t make sense, and it shouldn’t have worked that well.

We give God our insurmountable problems to solve. There is no sin in that. But what happens next is just as crucial as giving Him the problem. What does He want you to do? Wait? Seek Him more? Keep living? Pray more? Sacrifice?

All through the Bible, there are actions that God asks of people. They are called acts of faith.

The blind man washing his eyes of mud in the pool of Siloam.

The lame man extending his hand to Peter and John.

In each situation, they were healed. What is God asking you to do now?

Pray: Dear Jesus, I give you my needs, now what do You want me to do next? I’m listening. In Jesus' Name, I pray - Amen.

Photo by Ayo Ogunseinde on Unsplash