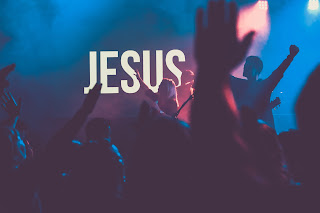 John 6: 1 - 13 1 After this, Jesus crossed over to the far side of the Sea of Galilee, also known as the Sea of Tiberias. 2 A huge crowd kept following him wherever he went, because they saw his miraculous signs as he healed the sick. 3 Then Jesus climbed a hill and sat down with his disciples around him. 4 (It was nearly time for the Jewish Passover celebration.) 5 Jesus soon saw a huge crowd of people coming to look for him. Turning to Philip, he asked, "Where can we buy bread to feed all these people?" 6 He was testing Philip, for he already knew what he was going to do. 7 Philip replied, "Even if we worked for months, we wouldn't have enough money to feed them!" 8 Then Andrew, Simon Peter's brother, spoke up. 9 "There's a young boy here with five barley loaves and two fish. But what good is that with this huge crowd?" 10 "Tell everyone to sit down," Jesus said. So they all sat down on the grassy slopes. (The men alone numbered about 5,000.) 11 Then Jesus took the loaves, gave thanks to God, and distributed them to the people. Afterward he did the same with the fish. And they all ate as much as they wanted. 12 After everyone was full, Jesus told his disciples, "Now gather the leftovers, so that nothing is wasted." 13 So they picked up the pieces and filled twelve baskets with scraps left by the people who had eaten from the five barley loaves. NLT

What Jesus does here is fantastic, and most people miss it.

What is the problem with the solution? It's too small—5 loaves of bread and two fish.

What does Jesus do? Ignore the problem and the solution. Instead, He applies His faith and blesses what is causing so much stress. Philip is stressed. I suspect that the other 11 disciples are a bit stressed. "What if this goes wrong? What will He do? What will the people do?"

Jesus knew (see verse 6) what He was going to do.

Faith knows what is going to happen. The question is rarely about faith but about God's Sovereignty. We know that God can do it, but will He? Well, faith knows the answer to that question too.

Jesus is in the Garden of Gethsemane, and He asks the Father if He could skip the cup of suffering He was about to drink from (crucifixion). He prays, ". . . Yet I want your will to be done, not mine." (Luke 22:42 NLT). His faith knows that He is going to the cross. The honesty of His heart exposed the tension and pressure of the moment. But His faith wasn't going to waver.

We have the same faith. A faith that can believe in God for His presence and power to show up in miraculous and beautiful ways. Against all odds, we know that God comes through. Jesus knew that it was God's will to feed the people. He knew that it was His will to go to the cross. He chose to bless both stressful situations with His faith rather than worry about the results.

Pray: Dear Jesus, help me have the faith I need to see Your will be done in my life. In Jesus' Name, I pray - AMEN

Photo by Edward Cisneros on Unsplash