A MIRACLE LEADS TO A MIRACLE 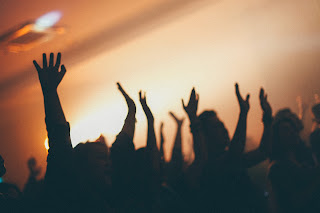 Why was Jesus there to get some breakfast? No. Verse 8 - The others stayed with the boat and pulled the loaded net to the shore, for they were only about a hundred yards from shore. 9 When they got there, they found breakfast waiting for them—fish cooking over a charcoal fire, and some bread." (NLT)

All of this served as the introduction to the restoration of Peter.

Remember, Peter had denied knowing Jesus three times at Jesus' trial. It was the ultimate insult and betrayal. Peter knew that he had burned his friendship and future with Jesus. Not that he was ok with it, but returning to the ministry life wasn't an option. (Thus, fishing was his only fallback occupation.)

But Jesus had different plans. Restoration. The miracle of the fish brought Peter to Jesus' side. Sure, Jesus could just walk up to Peter and say, "You're forgiven, now move on." But that wasn't going to get the job done. Peter needed more. The conversation that followed, which I encourage you to read, was a miracle. Peter wasn't just restored; he loved him to the place where Peter could forgive Peter.

What is Jesus doing in your life today to love you? Let Him love you to a place where you can forgive yourself.

Pray: Dear Jesus, I know you are working in my life today. Help me to see past myself and know You better. In Jesus' Name, I pray - AMEN.

Photo by Mic Narra on Unsplash