Your Enemy Is Afraid. 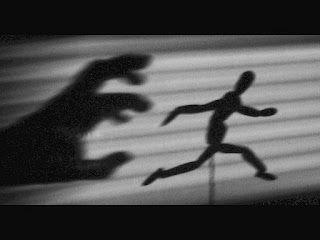 Judges 7: 13 - 14 When Gideon came, behold, a man was telling a dream to his comrade. And he said, “Behold, I dreamed a dream, and behold, a cake of barley bread tumbled into the camp of Midian and came to the tent and struck it so that it fell and turned it upside down, so that the tent lay flat.” 14 And his comrade answered, “This is no other than the sword of Gideon the son of Joash, a man of Israel; God has given into his hand Midian and all the camp.”

So Gideon sneaks down to the camp and overhears a Midianite tell his friend about his dream.  In that dream, a loaf of barley bread tumbles into the camp and flattens a tent.

A loaf of barley bread is so bad; no one wants to eat it. It's hard and bitter. The tent was probably the tent of the leader of the Midianites — the most important tent in the army.

Then the friend interprets the dream.  The barley loaf is Gideon, Son of Joash, a man of Israel.

Word had got out. Gideon is coming, and the Midianites were afraid.

Israel has been idolatrous.  So God allows the Midianites to invade because of their idolatry.  The people begin to cry out to God for help.  So God visits Gideon and calls him to lead Isreal.   But before he can do that, God tells Gideon to destroy the altar of Baal.  He does, and that sends a message throughout the land.

Gideon then puts a fleece out to confirm what he already knows.   Once he has his confirmation, he calls for an army.   He tells those that are too afraid to fight to go home, 20,000 are now gone.   God has him submit the rest to a test which shows that 9,700 of the remaining troops cannot get the job done. 300 is all that is left.

God has put fear in the hearts of the Midianites.

We don't know what God is doing on our behalf.  Too often we think that He is doing nothing, when in fact, God is always doing something on your behalf.

You need to believe it.

PRAY:  Dear Jesus, I don't know what You are doing for me right now, but thank you.  AMEN