When Good People Go To War 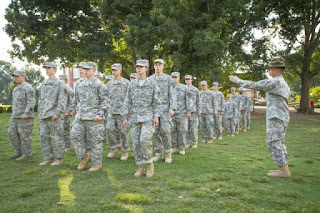 Judges 7:1 Then Jerubbaal (that is, Gideon) and all the people who were with him rose early and encamped beside the spring of Harod. And the camp of Midian was north of them, by the hill of Moreh, in the valley.

The call brings out an army.  The Israelites camp and prepare to go to war.

We've all done it; we've had enough, we're done.  We get our friends and anyone else who will agree with us and set up camp.  It's time to go to war.  We beat our chest with our justifications and prepare to lay waste to our enemies.  We're mad enough to go to war with someone bigger and stronger than ourselves.

It is true that some situations are justified, like Gideon's, where the enemy needs to be routed.

As we are about to see in Chapter 7.  This war was of God's creation.  He started it, and He was going to finish it.  God is going to be worshipped, as He should be, Baal will be destroyed, and the Midianites are going to be routed, for good, as they should be.

And it was going to be done God's way.

PRAY:  Dear Jesus, every day I walk into a battle.  Be my general and lead the way.  AMEN