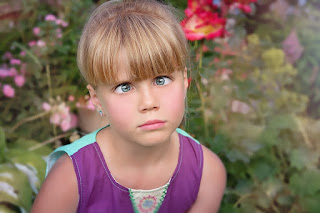 Judges 7:3 Now therefore proclaim in the ears of the people, saying, ‘Whoever is fearful and trembling, let him return home and hurry away from Mount Gilead.’” Then 22,000 of the people returned, and 10,000 remained.

Gideon, the people, "if you're afraid, you can leave."  Twenty-two thousand said, "See ya!"

Their presence was odd.  But if you knew that you were going to fight the biggest army every, why did you even show up in the first place?

Faith has a different point of view.  Faith believes and trusts.  Gideon trusted God with his life and the lives of his nation.  But even he had to know that if he took 22,000 fearful soldiers into a battle that at the first sign of trouble they would turn and run.  Their retreat would demoralize the remaining soldiers and inspire the enemy to fight even harder.

What gives you faith and what makes you afraid?  Feed your faith and starve your fears.  Faith will face your fears and if stronger, will defeat them.  You see, in the Israelites case.  Their fear of the Midianites was stronger than their faith.

PRAY:  Dear Jesus, teach me to build my faith and defeat my fears.  AMEN