God Has Lost His Mind 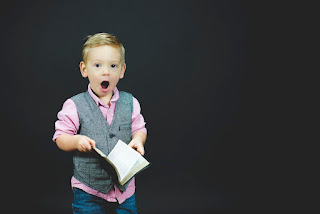 We've all been in that situation where we are so committed to what we are doing that we can't back out - but things are not working out the way we thought they would so . . . .

Let's put things into perspective.
God created the problem to solve because the Israelites were idolatrous.
He allowed the Midianites to invade Israel.
He chooses Gideon, the least likely of all people to be a leader.
Then He scales the Israeli army down to almost nothing.
Yup, that pretty much sums it up.

God was never worried about Israel failing or the Midianites winning.  He had everything under control.  That's hard for us to do.  But God has already provided a way.  All we have to do it follow it.  But like Gideon, there will be twists and turns that will test your faith.  Will you trust God or not?  Gideon stuck with it.  Indeed he was a man of great faith.

But why did God do this?  There was no part of this that Israel could claim for themselves.  They couldn't say. "Oh, we just got lucky." " I guess it was a miracle."  "Gideon did it!"  Or, "Our army did it!"  The problem was so big, and the solution was so crazy there could only be one solution.  God.  In the end, they would have to say, "God did it!"  That's the key.  Regardless of where you go in the end, give honor and glory to God.

PRAY:  Dear Jesus, You do it, and I will tell the world about You!  AMEN