Get Ready For A Fight 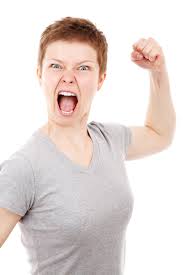 Judges 7:11 And you shall hear what they say, and afterward your hands shall be strengthened to go down against the camp.” Then he went down with Purah his servant to the outposts of the armed men who were in the camp.

You shall hear what they say, Gideon.

But God chose to do a miracle through Israel's enemy.  He decided to use the words of the enemy to inspire.  What is your enemy saying?

Now, what does God say about those things?  You'll soon find yourself quoting the Word of God against the words of your enemies.  The fight will inspire you because it builds your faith.  You'll quickly discover, it doesn't matter how big your enemy is.  If God is on your side, they didn't bring enough troops to face you.

PRAY:  Dear Jesus, inspire me, build my faith and help me defeat my enemies of the faith.  AMEN