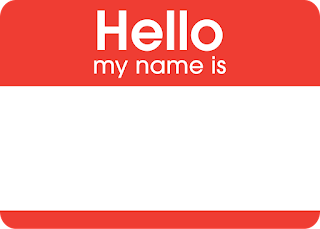 Judges 6:32 Therefore on that day Gideon was called Jerubbaal, that is to say, “Let Baal contend against him,” because he broke down his altar.

Gideon got a new name.  What's yours?

Ever get a nickname?  Usually, a nickname has to do with something you did or said.

Mine was Father Guido Sarducci, a character played by comedian Don Novello on Saturday Night Live.  I was in High School and attended a career class.  We would go around the room and tell everyone what we wanted to do upon graduating High School  I said, go to Bible College and become a Pastor.  How they got Father Guido Sarducci out of that, I don't know.  But after a while, I even answered to my nickname.

Gideon was renamed, not nicknamed, because he tore down Baal's altars.  "So Baal can deal with him."  I'm sure that the worshippers of Baal thought their worthless little god would - He didn't.

That's the deal about idols.  They only life they have is the one you give them.  Idols take, they never give back.  But God is the source of life.  He doesn't take, He provides!

But when you begin to tear down the idols in your life and replace them with God.  You will get renamed.  Along with Father Guido Sarducci I was called Holy Roller - Jesus Freak - One of "those" Christians.  None of these were very complimentary.  When they found out I was Pentecostal things got worse.

Like Gideon, you have to let time tell the story.  Not only would he destroy Baal in the name of the Lord God Jehovah.  He would root out the Midianites in the name of God.

Wonder what the Baal worshippers said about that?  Nothing.

PRAY:  Dear Jesus, all I care about is what You call me.  I want to be named, "Faithful."  AMEN