This Is The King of Painful Ideas! 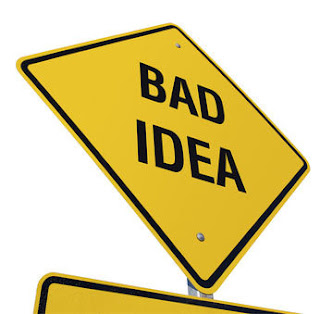 The Midianites prove a long-standing belief.  The world's way of doing business is profitable.

As I mentioned in my previous blog, the Midianites were a nomadic tribe that traveled from place to place taking what they wanted.  They overwhelmed their enemies with their numbers and as any good bully can tell you - they could back up what they promised.  You didn't mess with them.

I'll admit it - the world's way of doing things is profitable, and you can even enjoy the spoils of your victories.  But it cannot satisfy completely.  You have to go out and do it again and again and again to fill your need for attention, money, pleasure or whatever you desire.

Hey, as long as they were looking out for #1 the ends justify the means, right?

I suspect that the Midianites considered themselves to be better than everyone else, especially the Israelites.  As is too often the case the world will always take a superior position to God and His followers.

Often times the pain in our lives comes from attempting this very thing.  Blending God with the world.  Israel was being humbled so they would stop worshipping Baal.  Are you?

There are so many things in our lives that we have to be careful not to "indulge in."  I'm not talking about that ice cream cone you had the other day, even though your diet says it's a no, no.  I'm speaking of holiness or the concept of being separated from the methods and ways of this world.

The Midianites were the Midianites.  When you saw them coming, you knew what was going to happen.  But the Israelites were different.  Did they worship Baal or God?  Were they Jewish or what?  The world was supposed to know a Jew by their lifestyle which was an act of worship unto God.  But these guys were just confusing everyone.  This was the king of painful ideas for Isreal.

Does your lifestyle honor God?  Do people know that you are a follower of Jesus by what you say and do?  Blending God ways with the world's ideas is a trap that many followers can fall into to.  It's humiliating and painful.

How do you get out of this painful mess?  Keep reading.  Gideon shows you the way.

PRAY:  Dear Jesus, may my lifestyle honor and worhsip you today.  AMEN