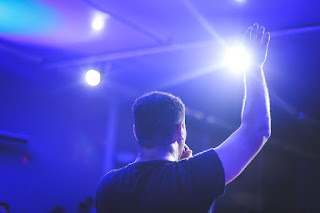 When you do the right thing, the wrong people will notice.  Often we say, "No good deed goes unpunished."  That's because Satan doesn't want you to get away with it.  Anytime that you do anything that could bring people closer to God - Satan will try to interfere.

Pray and ask for God's protection.

When an idol goes down, know that riots will start.  Gideon had exposed Israel's sin and sent a message all across the land.  No more Baal!   This caused them to call for Gideon's death, but why?  Couldn't they just go and rebuild the caller?  Sure.

But they were offended.  They were humiliated, and they were angry.

When you start destroying idols, don't expect a crowd to cheer you on, not at first anyway.

They believed in Baal, they thought he was offended.  They wanted to appease their god.

Understand that a separation of the house will cause contention.  Not that it has to be ugly of vengeful.  But it will cause people to choose sides.   Some people will accept God and others will stay with their idol.

But the bigger question is, would you rather please God or men?

PRAY:  Dear Jesus, I want to please you today.  AMEN