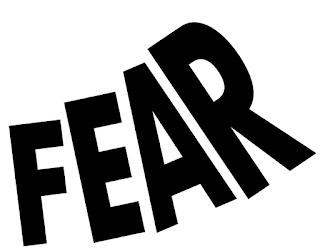 Judges 6:10 And I said to you, ‘I am the Lord your God; you shall not fear the gods of the Amorites in whose land you dwell.’ But you have not obeyed my voice.”

To recap, a prophet from God has come to declare the obvious.  Well, it is evident to us, it wasn't to the Israelites, thus the need for a prophet.

He said, do not fear false Gods.  The terminology that we often use here and in other places might be a bit misleading - so let me set the record straight.  Are there any other gods?  No!  There is nothing to be afraid of because there is nothing in the universe that is like the One True God.   Can we make up a false god?  Yes.  It's called idolatry, and we can worship anything we create. Can we make our false idols appear to be as powerful and mighty as God?  Yes, we can.  Even though it is a figment of our imagination, we can believe they are real.

Idolatry usually leads to fear.  People will often play the "us vs. them" game or the "What if?" game.  What if the Amorite gods are real?  Is our God big enough to take down their god?

Fear then leads to doubt and doubt leads to disobedience.  If you don't know who to obey, then your doomed to disobey.  In an attempt to make everyone happy you only end up being a disappointment.

This often happens to people who try to blend their secular worldview with a Biblical worldview.  Recently I saw a pastor on a popular TV show give his interpretation of the Bible that allowed for abortion.  This same pastor also says that you can get drunk, act lewdly and do a host of other things and still go to heaven.  (Bible says no.)

Samuel said it best when he told Saul, "Obedience is better than sacrifice."

PRAY:  Dear Jesus, set me apart from this world and bring me closer to You today.  AMEN