Are You Ready To Go To War? 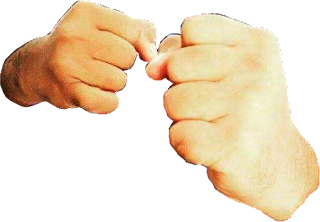 Judges 6: 30-32 30 Then the men of the town said to Joash, “Bring out your son, that he may die, for he has broken down the altar of Baal and cut down the Asherah beside it.”31 But Joash said to all who stood against him, “Will you contend for Baal? Or will you save him? Whoever contends for him shall be put to death by morning. If he is a god, let him contend for himself, because his altar has been broken down.”32 Therefore on that day Gideon was called Jerubbaal, that is to say, “Let Baal contend against him,” because he broke down his altar.

PAY THE PRICE FOR KILLING OUR IDOL!  If you are going to kill your idols, address your families idols or lead a group of people who need to kill a few "sacred" things in their life.  Understand this.  We often fail to understand the price that people are willing to pay for their idols.

People are willing to ruin your reputation, destroy your plans, label you and even worse kill you.  Now some of you might be thinking, "Oh Russ, you're exaggerating."  Am I?

Gideon father steps up and stops them all.  Now get this
It was his fathers' altar.  (Verse 25)
The people of the town along with Gideon's family were worshippers there.
Joash appears not only to be in charge but could be a priest of Baal too.

You might think that Joash did this to save his son.  But idol worship will always ask the worst from you (Human sacrifice wasn't uncommon with this type of idolatry.)

When Joash refuses to comply with the peoples' demands he tells the people,  "Let Baal fight his own battles."  From there people would have stood back and "watched" what would happen to Gideon next.  They expected him to drop dead.  Get a deadly disease or suffer some great harm or loss.  But that didn't happen did it?  God blessed Gideon.

little puny idols want you to do their dirty work for them.

But God fights Your battles for you!  He never said that He wouldn't send you into battle - but He made promises to be with you every step of the way.

PRAY:  Dear Jesus, prepare me for battle, and You lead the way!  AMEN