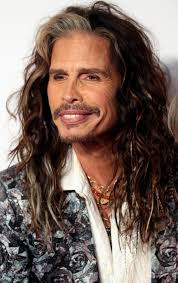 So I was listening to the radio the other day, and the announcer says that Steven Tyler, lead singer for Aerosmith,  is now an ordained minister.  That he will be officiating his son's wedding the near future and would be available at other weddings too.

Well, welcome Steven to the high and holy calling of the ministry.  So I checked into his credentials and how he came to be ordained.  He had $80 and became a minister with the Universal Life Church. That's it.

Now I am an ordained minister.  I can do weddings too.  But I attended Bible College for 4 years.  Received my first credential which required extensive testing and vetting.  After one year I applied for the second level which needed more testing and vetting.  Then after two years, I became an ordained minister.  Only after being tested and vetted again.

Why did I put myself through all of this?  Because I was called by God to serve Him for the rest of my life as a pastor.  Something that I think Steven may be missing here.

5 But a man named Ananias, with his wife Sapphira, sold a piece of property,2 and with his wife's knowledge he kept back for himself some of the proceeds and brought only a part of it and laid it at the apostles' feet. 3 But Peter said, “Ananias, why has Satan filled your heart to lie to the Holy Spirit and to keep back for yourself part of the proceeds of the land? 4 While it remained unsold, did it not remain your own? And after it was sold, was it not at your disposal? Why is it that you have contrived this deed in your heart? You have not lied to man but to God.”5 When Ananias heard these words, he fell down and breathed his last. And great fear came upon all who heard of it. 6 The young men rose and wrapped him up and carried him out and buried him.

You can read on, but his wife came in and did the same thing.  She dropped dead too.  Why?  A better question is, "Why didn't Ananias and Sapphira fear God enough to not lie to Him?"

The fear of God is the place where you honor and respect Him above all else.  It's the place where you love and worship Him more than anyone else.  But do people fear God today?  I suspect not.  I suspect that they are familiar with Him.  They know other believers, they've heard some of His Word, they go to His church once in a while, know some religious songs, and may even listen to Christan songs on the radio.

Ananias and Sapphira were familiar with God, but they didn't fear Him.  God will not be treated as a 2nd class citizen of heaven.

You and I live in a world that is raging on how we treat each other.  They desperately look for an answer, and the simple answer escapes them.  The fear of God.  If Ananias and Sapphira were willing to lie to God, they would be willing to lie to the church too.

When we fear God we are called to serve Him and each other with a higher purpose.  To give, not take. So much of the rhetoric we hear today is about what people want.  Why not change our tune and declare what we are willing to give away?  You know, things like love, peace, joy, and hope?

Let me put this another way.  It is easy to bully, manipulate, lie to and devalue what we are familiar with.  If we lose those relationships, we can go get other ones.  But we cannot treat what we honor and respect that way.  There is only one God, and we can't go out to Wal-Mart and buy a new one.

Steven may be familiar with the term minister, but I guarantee you Russ Jones knows what it means to be called.

Is your relationship with Christ one of familiarity or fear?