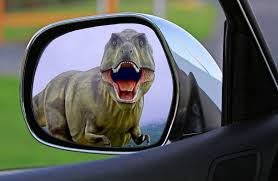 Have you ever been driving and you all of a sudden notice that everyone else has forgotten how to?  It was one of those days when I had to run some errands before going to church.  These errands took me on routes I rarely drive.

As I am driving along someone cuts me off.  Yikes.  A few minutes later traffic comes to a complete stop in the middle of nowhere for no reason.  After a quick reroute I discovered some new road construction that had shut down 1/2 of one of the busiest intersections in the city.  Who thought that was a good idea?

After running my errand, I plotted the most direct course to the church.  There in the middle of a two-lane road, someone mistakenly thinks that a 4-foot bike path is a parallel parking spot.  Then I witnessed two or three people run stop lights barely escaping with their lives.

I got to the office and needed to take a nap.  I was exhausted.

All I could hear my daughter in the back seat say was, "Breathe Dad, breathe."

1 Peter 5:7 Casting all your anxieties on him, because he cares for you.

Now I have to be honest, I was praying, "Jesus take THEIR wheel!"  But there came a moment when I had to stop, breathe and thank God that today was going to be a great day.  Did it change anyone's bad driving habits?  Nope.  But it improved my whole day.

Don't let someone else's bad driving, bad habits, bad decisions or bad choices ruin your day.  Cast all your worries and Jesus and then follow His direction.  He has a plan, and He knows what you are going through right now.

PRAY:  Dear Jesus, I am just going to take a deep breath and thank You for who You are.  AMEN