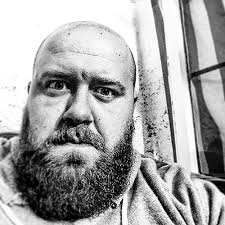 Fear is a horrible taskmaster.  I believe each of us knows that already.  But what you may not know is that intimidation is a form of fear.

Being the smallest kid in school, significantly smaller, I was easy prey for bullies.  I knew them, and they knew me.  It was the stuff of nightmares.  As each school year would start, I would end up head first in a trash can, or get dragged around the gym by my t-shirt.  I learned quickly to avoid certain people at certain times of the day.  I would re-route how I would walk to class, where I would sit in the lunchroom or even how early or late I would arrive at the gym.

However, one of my meanest bullies last name started with H.  Mine begins with J.  So whenever we were lined up in alphabetical order, I was always to close to him.  One day, for whatever reason, he went off on me.  It was a source of entertainment for the class, but my gym teacher witnessed the whole thing.  I could see him walking up as this bully was harassing me.  They went for a walk.  I don't know what the teacher said, but from that day forward he never bullied me ever again.

The world will intimidate you. There are people, with a bad attitude and too much power who will do all they can just to make you bow to their will.  But remember, 1 John 4:4 “Little children, you are from God and have overcome them, for he who is in you is greater than he who is in the world.”

The devil will intimidate you. The Bible states that Satan is a roaring lion.  The thing about roaring lions is that they no longer have the strength to chase their prey down.  So they just roar real loud and scare their prey stiff.  You don't have to put up with that ol' loud mouth.  James 4:7 Submit yourselves therefore to God. Resist the devil, and he will flee from you.