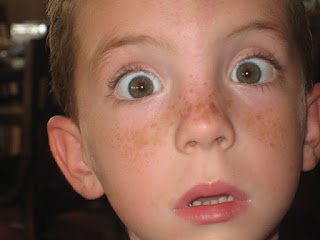 So last Sunday, a table fell on my daughter's foot.  She is a dancer.  It would be the same as a pianist breaking a finger or a singer losing their voice.

All week long we have been caring for it.  Allowing it time to heal and recover.  But there was a nagging question.  Are there any broken bones?  As far as we could tell, no.  While it was bruised, no signs were indicating a nasty break.

Then, someone, last night said, "You better have an x-ray and make sure.  If there is a break, the next time she dances she can cause permanent damage."  I saw the panic in my daughter's eyes.  So this morning, after a few phone calls, we found someone who would see her.  Thankfully, no broken bones.  Even the doctor said, "Wow you really bruised it!"

But it wasn't a lack of faith that led me to the doctor's office.

In the Old Testament, in some instances, when God healed you of some disease, you had to go to the priest and have it confirmed.

In the New Testament, some of Jesus' healings were confirmed in the same manner.  At the temple by a priest.

"See that you don't tell anyone. But go, show yourself to the priest and offer the gift Moses commanded, as a testimony to them." Matthew 8:4 NIV

In the New Testament the blind would see, (proof) the deaf would hear (proof) and the lame would walk (proof).

Seeking proof and confirmation of God compassion expressed through His power and healing virtue isn't a sin.  Which leads me to my point.

What miracle are you proof of?  What has God done in your life that proves He still does miracles today?  What is it that He has done physically, mentally, financially, relationally, spiritually or emotionally that expresses His great love for others.  Who are you telling about it?  Write it in the comments below and let us know.  God is still on the move today.

PRAY:  Dear Jesus, let me be proof to this world that you are still alive and care about us.  AMEN