When You Can't Leave A Message 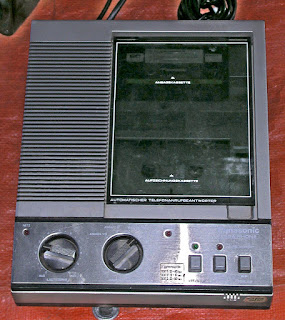 My Grandmother had a hand crank phone that was on a party line.  If no one answered, they were not home.

Then there was the wall-mounted rotary phone.  One line per person, no more ease dropping.  If no one answered, they were not home.

The cassette tapes were eventually replaced by small memory devices that did the same thing.

Then the phone company offered their answering service.  If no one was home, you left a message.

Today, leaving a voice mail is common.  But if the number is no longer in service or if their mailbox isn't set up, what do people do now?  I've seen everything from raw anger to absolute panic.  Our society is so connected that if one connection doesn't work, the earth must have slipped off its axis.  Here's an idea, their not home.  It's ok.

1 Chronicles 12:32 Of Issachar, men who had understanding of the times, to know what Israel ought to do, 200 chiefs, and all their kinsmen under their command.

PRAY: Dear Jesus, help me to see the people who need me and help me relate to them.  AMEN