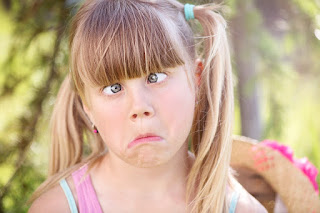 A friend of mine was approached by a young gentleman in Wal-Mart yesterday.  He was kind and polite enough to warrant a gracious response.

The young man was proselytizing for the World Mission Society Church of God.  They believe that a South Korean man was Christ and founded this organization in 1964.  They believe in God the Father and God the Mother.  That God the mother is the co-founder of the church and she is still alive today.

They claim to have 1.7 million members in 2,200 churches worldwide.  Which leads me to my question.

How can so many people be duped by something so obviously wrong?

2 Cor 4:4 In their case the god of this world has blinded the minds of the unbelievers, to keep them from seeing the light of the gospel of the glory of Christ, who is the image of God.

Hell has no interest in you discovering the truth of God's Word and will for your life.  Satan doesn't want you to fully understand the Good News of Jesus' life, death, and resurrection.  Knowing the promises of God?  No way!!!

So how do you protect yourself from being duped?

My friend, after she recovered from the shock of God being a woman, told the young man what the Bible really says about the subject.  He became VERY argumentative, and she dismissed the conversation.

Think of it this way.  The Word of God is a shield that protects you from saying and doing stupid things.  If this young man were to take the time to study the Word for Himself I am convinced that it would generate enough doubt to cause questions.  If there is anything that cults don't like its questions.

PRAY:  Dear Jesus, protect me from my own ignorance and help me grow in knowledge and wisdom in You. AMEN