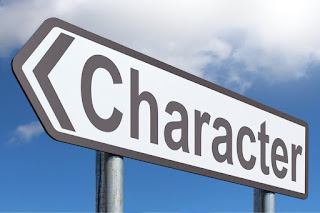 James 1:17  Every good gift and every perfect gift is from above, coming down from the Father of lights, with whom there is no variation or shadow due to change.

We are a culture that celebrates giftedness.  We appreciate a great singer, an excellent actress or actor, even someone who makes the "impossible" plays in a football or basketball game.  We will pay huge amounts of money to see them and watch them earn millions per performance.

But we also live in a culture that ignores good character.  We appreciate a great singer and overlook the fact that they are a criminal.  We will watch an excellent actress or actor but ignore their sexual escapades with whomever.  We will even cheer for the impossible playmakers while dismissing their violent actions off the field or court.

In all fairness, sometimes we will see the mix giftedness and good character.  Often I have heard commentators say how rare such a person is in their particular profession.

How many times have we heard someone tell their story of how they got their start in church, or how their Godly mom or dad guided their life.  What happened?

Giftedness without character is doomed to destroy.  But giftedness with character will bring glory to God.  True, the former will probably make more money.  But the later will last for all of eternity.

PRAY: Dear Jesus, teach me the character I need so I can be as gifted as possible to proclaim your Name!  AMEN