Why Did They Try To Stone Jesus? 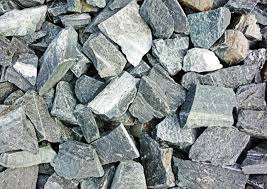 Luke 4:17-19 17 And the scroll of the prophet Isaiah was given to him. He unrolled the scroll and found the place where it was written, 18 “The Spirit of the Lord is upon me, because he has anointed me to proclaim good news to the poor.  He has sent me to proclaim liberty to the captives and recovering of sight to the blind, to set at liberty those who are oppressed,  19 to proclaim the year of the Lord's favor.”

Jesus was already known as a great teacher and prophet.  That He could heal the sick and cast demons out of people.  But when He was in His hometown of Nazareth, He was invited to speak at the local synagogue.  Reading from the book of Isaiah He then says to the people, 20 And he rolled up the scroll and gave it back to the attendant and sat down. And the eyes of all in the synagogue were fixed on him. 21 And he began to say to them, “Today this Scripture has been fulfilled in your hearing.”

That sent the locals into a frenzy.  They wanted to stone Him to death.

Notice that they were not angry about what He did, but from who He said He was.  When He openly declared His purpose and mission for His life, they went bonkers.

Nothing has changed in 2,000 years.  What you do isn't as important as why you do it.  When you reveal your faith and your determination to see God's mission for your life through - that's when you will meet resistance.  Notice that Jesus' opposition wasn't from the world.  They could care less about Him.  It wasn't from the local government.  He wasn't a threat.  It was from friends, family and religious leaders.  People who should have known better.

Jesus never, "hated" His critics.  He sometimes ignored them and even rebuked them.  But He died for them just like everyone else.

Your God-given mission is your calling, your purpose, your reason for living.  It drives your passion, your energy, your life.  God gives to each of us something unique that will mean more than anything else.

PRAY:  Dear Jesus, help me to follow Your will with all my heart, soul and spirit.  AMEN