Take The Bull By The Horns 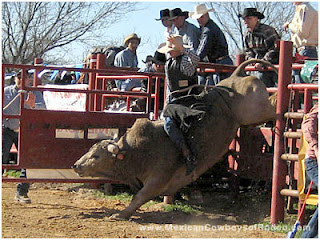 We've all heard that phrase before. Some of us might say it. But what does it mean? It means to deal with a problem with clear, confident action.

But have you ever underestimated the bull?

As a kid growing up on the farm, once a year we would go to the rodeo.  It was always on the 4th of July weekend.  The sun was hot, and the crowds were ready to watch some ropin, racin, and bull riding.

I remember one year, as I watched a bull being loaded into a gate, that the announcer said that this particular bull had not been successfully ridden by a bull rider.  Now all you have to do is hang on for 8 seconds.  How bad could it be?  Well, the time came, the rider nodded his head, the gate was opened, and the bull kicked his way out.  The rider?  He looked like Michael Jordan going for a slam dunk.  He had some impressive hang time.  In less than a second, that bull had kicked the rider off and sent him flying across the arena.

Philippians 4:6-7   Do not be anxious about anything, but in everything by prayer and supplication with thanksgiving let your requests be made known to God. And the peace of God, which surpasses all understanding, will guard your hearts and your minds in Christ Jesus.

Life has a way of kicking you off and leaving you face down in the dirt.  It is going to happen.  So what do you do?

Don't get upset.  Losing one's temper doesn't help you learn.  Keep your head in all situations and let the Holy Spirit teach you.

Learn.  You didn't fail.  But you will fail if you don't learn.

That same bull came up in the next round.  This time, a different rider, got on and rode that bull for the first time.

PRAY:  Dear Jesus, I've been kicked off.  But I'm not going to give up.  Help me, and I will live my life for you.  AMEN