I've heard sermons entitled, "Little is much in the hands of God" and "What is that in your hand?" Encouraging messages about how God can take the little of what we have and turn it into something great.

Exodus 4, Moses is at the burning bush and 2 The Lord said to him, “What is that in your hand?” He said, “A staff.”  God tells him to throw it down, Moses complies, and it turns into a snake.  God instructs Moses to pick it up, he does, and it turns back into a staff. 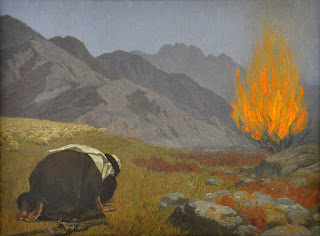 God will take the little bit of faith that you have and turn it into a calling that will change the world.

God can take your faith and even the playing field.  Even though we now live under grace, not the law, God fights our battles for us now. (Somebody say, AMEN!)

Elijah meets a widow who is about to cook her last meal and die.  Instead, Elijah tells her to go make him a meal.  Sounds greedy, but the promise with that meal is found in 1 Kings 17 14 For thus says the Lord, the God of Israel, ‘The jar of flour shall not be spent, and the jug of oil shall not be empty, until the day that the Lord sends rain upon the earth.’”  It didn't, and the widow didn't die.

God can take your faith and make it last longer than you think.

Again Elijah in 1 Kings 18 prays. 42 So Ahab went up to eat and to drink. And Elijah went up to the top of Mount Carmel. And he bowed himself down on the earth and put his face between his knees. 43 And he said to his servant, “Go up now, look toward the sea.” And he went up and looked and said, “There is nothing.” And he said, “Go again,” seven times. 44 And at the seventh time he said, “Behold, a little cloud like a man's hand is rising from the sea.” And he said, “Go up, say to Ahab, ‘Prepare your chariot and go down, lest the rain stop you.’”

Your prayers can do more than you think.  But you will have to be persistent.  It is a Godly quality after all.  Jesus said so in Luke 18 through the parable of the widow before the unjust judge.

In the New Testament, we see the same thing.  Acts 3.  Verse 6 But Peter said, “I have no silver and gold, but what I do have I give to you. In the name of Jesus Christ of Nazareth, rise up and walk!”

PRAY:  Dear Jesus, it's in Your name I pray.  Take what little I have and do something great with it.  AMEN