The Smart Man Missed The Obvious 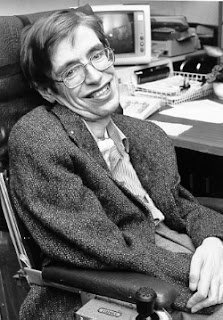 Stephen William Hawking passed away today at the age of 76. He was an English theoretical physicist, cosmologist, author, and Director of Research at the Centre for Theoretical Cosmology within the University of Cambridge. He was one of the smartest men alive. Many considered him to be in the same league as Albert Einstein.

But Hawking made it know that he was "not religious in the normal sense" and he believed that "the universe is governed by the laws of science."  Later he stated that "The laws may have been decreed by God, but God does not intervene to break the laws." Then in 2014, he declared himself an atheist. "Before we understand science, it is natural to believe that God created the universe. But now science offers a more convincing explanation. What I meant by 'we would know the mind of God' is, we would know everything that God would know if there were a God, which there isn't. I'm an atheist."
https://en.wikipedia.org/wiki/Stephen_Hawking

The Creator isn't obligated to tell His Creation everything.  God isn't forced to say to us how He created us.  Nor is He obligated to share with us the secrets of the universe.

I don't have a Ph.D. in anything.  But I get it.  Humility is the real key to wisdom.  We can search for all the knowledge we want.  But without God's wisdom, it can become our idol.  Seek Him and allow His grace to lead your life.

PRAY:  Dear Jesus, I humble myself and ask for your wisdom to lead me to have a more excellent relationship with You.  AMEN