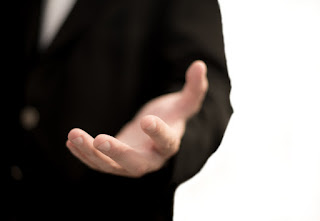 "If you want to make a difference, find a need and fill it." The first time I ever heard those words uttered, it was at some kind of Pastors event, and Tommy Barnett was speaking. If you don't know Tommy, he is an author, the senior pastor of Dream City Church (formerly Phoenix First Assembly of God), and chancellor of Southeastern University.

Tommy Barnett started his ministry at age sixteen. He pastored Westside Assembly of God in Davenport, Iowa. It grew from 76 people to more than 4,000 members. In 1979, he went to Phoenix First Assembly. As of 2011, it was the second largest Assembly of God church in the U.S. with an average Sunday attendance of 10,000.  When a guy takes a church from a few to a lot!  You pay attention to what he says.

Serve each other and Serve the world you live in.

#1 - Each other
Acts 4:32-37 32 Now the full number of those who believed were of one heart and soul, and no one said that any of the things that belonged to him was his own, but they had everything in common. 33 And with great power the apostles were giving their testimony to the resurrection of the Lord Jesus, and great grace was upon them all. 34 There was not a needy person among them, for as many as were owners of lands or houses sold them and brought the proceeds of what was sold 35 and laid it at the apostles' feet, and it was distributed to each as any had need.
Every New Testament church existed to fulfill this calling.  Jerusalem, Ephesus, Philippi, Colosse, and the 29 others.
In 2018 you can make a difference in the life of someone who is sitting in this room.  It can be a word of encouragement.  It can be a helpful hand.  It can be a prayer.  It can be a lot of things.

For this to happen in your life though, you have to overcome the fear of loss.  Remember, the world isn’t a big pie with only so much to go around.  God is the provider of everything you need in your life, and He is without limits.
Serving one another takes a tremendous act of faith, compassion, and patience.  It isn’t is a waste of time, resources or life.
If you are on the recipient of someones grace - be thankful!  Praise your God in heaven and shower them with your love and support.

#2 - Serve the world
The church in Antioch sent many missionaries out into the world.  Paul, Barnabas and Silas just to name a few. But think about this.  They sent them to unknown lands where they were beaten, jailed, publicly humiliated and even martyred.  All they did was show love, preach peace and give people hope.  The world didn’t deserve them.

But you and I were just as ungrateful before we were introduced to Jesus.  He didn’t deserve to die for you, but He served you anyway.
In 2018, find a need and fill it.  Work in the soup kitchen.  Help with a special event.  Serve in the church.
Don’t occupy a chair - do something to deserve sitting there.

PRAY:  Dear Jesus, help me learn to serve others this year.  AMEN