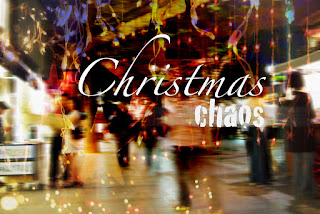 I was talking to my friend from Germany.  He just learned that his dad had a heart attack.  Dad lives here in the states.

Another friend of mine had a water leak in her house.  Nobody likes that.

Another friend of mine has come down with some kind of plague.  In her own words, "I've never been this sick - ever."

Life doesn't stop for anyone or anything.  All of us know that.  But when you are in a special season, like Christmas, it makes it just that much harder.

Matthew 1:18 - 23  18 Now the birth of Jesus Christ took place in this way. When his mother Mary had been betrothed to Joseph, before they came together she was found to be with child from the Holy Spirit. 19 And her husband Joseph, being a just man and unwilling to put her to shame, resolved to divorce her quietly. 20 But as he considered these things, behold, an angel of the Lord appeared to him in a dream, saying, “Joseph, son of David, do not fear to take Mary as your wife, for that which is conceived in her is from the Holy Spirit. 21 She will bear a son, and you shall call his name Jesus, for he will save his people from their sins.” 22 All this took place to fulfill what the Lord had spoken by the prophet: 23 “Behold, the virgin shall conceive and bear a son, and they shall call his name Immanuel” (which means, God with us).

Talk about stressed!  Joseph was engaged to Mary.  She's pregnant.  Not only that, she's lost her mind!  Angels?  Virgin births?  Joseph was well within his right to divorce her.  (That's how you got out of an engagement in those days.)  Then he has a dream.  God tells him that she is telling the truth and that it's ok to marry her.  I can only imagine the range of emotions Joseph felt during this time.

PRAY:  Dear Jesus, I'm turning my life over to you.  I need your help now.  AMEN