The Nutcracker, Was A Flop 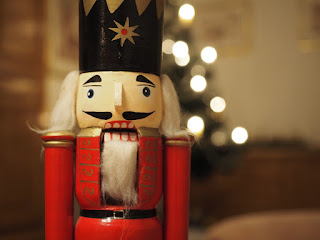 Ever since my daughter started dancing, 11 years ago, every Christmas has included The Nutcracker.

If you don't know, the Nutcracker is a two-act ballet, initially presented in 1892 at the Imperial Mariinsky Theatre in St. Petersburg, Russia. Pyotr Ilyich Tchaikovsky wrote the music (which you have heard over and over).

The first performance of The Nutcracker was not a success. The dancers themselves were uncertain. The critics ran the gamut from high praise to calling it amateurish. While Tchaikovsky's score received high praise the ballet itself was never really heard from again until the 1960's.

That's 70 some odd years!  Could you wait 70 years for success?
Ps 37:7 Be still before the LORD and wait patiently for him; do not fret when people succeed in their ways, when they carry out their wicked schemes.

Watching someone else receive what you want, can tempt you to covet.  (That's a sin.)  We ask God, "When God, when?"  Which is usually followed by its close cousin, "Why God, why?"

There are some reasons why God doesn't give you what you want right now.
#1 - You will waste it.  If you are not a going to be a good steward, you're not going to receive.
#2 - It will destroy you.  If you're not mature enough to have it.  Then forget it.
#3 - It's not time yet.  God does everything for a purpose in His own time.

PRAY:  Dear Jesus, I am waiting on you today.  AMEN

PS.  Starting next week, my daughter will be in 4 productions of the Nutcracker.  She is a parent in the opening party scene.  Then in Act 2, she is a Marzipan, Arabian, and Lead Snow.  It might have been a flop in 1892, but it's a hit in 2017.