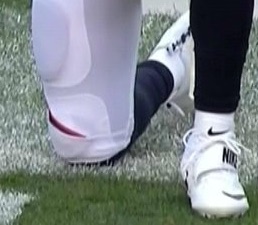 Can NFL players kneel during the National Anthem?  They have the first amendment right to do so.  (Free Speech)

Can anyone disagree with them by not watching their game, boycotting their games, getting up during the game and leaving?  They have the first amendment right to do so.

Both have a right but does that make it right?

Those that are kneeling argue that they disagree with the direction the country is going in and therefore will not support it.

Others argue that we have a great country, but that it isn't without its flaws.  Nonetheless, we should support it and believe that we can overcome any differences we might have.

Who is right?  It's the wrong question.  You should ask, What is moral?

While the Bible has a great deal to say about what is right and wrong, that doesn't mean that our laws line up with the will of God.  They often times don't. So, legally speaking, both sides of this, kneel or don't kneel argument are right.  End of story.

During Christs time, infanticide was legal, but it wasn't moral.  Women had no rights.   Racism was so prevalent that it was rarely opposed.  What did Jesus do?

#1 - He set the example for others to follow.  He loved each person individually, and he loved the world as a whole.  He didn't let public opinion or what was wrong taint His heart towards others.

#2 - He submitted to Godly authority.  This included the Romans government.  You couldn't accuse Jesus of being a big fan, but He did follow their laws and pay their taxes.

#3 - He challenged us to do better than just obey the law.  In the Sermon on the Mount He tells people what the law says, then He commands them to do better than that.  In other words, while they would have been right, they could do better.

Matthew 7:24 - 25 24 “Everyone then who hears these words of mine and does them will be like a wise man who built his house on the rock. 25 And the rain fell, and the floods came, and the winds blew and beat on that house, but it did not fall, because it had been founded on the rock.

PRAY:  Dear Jesus, Help me to make the right moral decisions in my life today.  AMEN