David and Goliath - You Have A Choice To Make 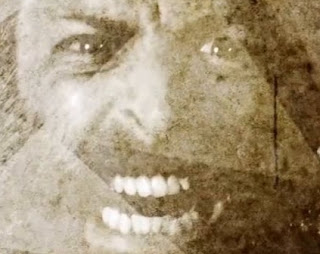 1 Samuel 17
19 Now Saul and they and all the men of Israel were in the Valley of Elah, fighting with the Philistines. 20 And David rose early in the morning and left the sheep with a keeper and took the provisions and went, as Jesse had commanded him. And he came to the encampment as the host was going out to the battle line, shouting the war cry. 21 And Israel and the Philistines drew up for battle, army against army.22 And David left the things in charge of the keeper of the baggage and ran to the ranks and went and greeted his brothers. 23 As he talked with them, behold, the champion, the Philistine of Gath, Goliath by name, came up out of the ranks of the Philistines and spoke the same words as before. And David heard him.

David wasn't quite old enough to be drafted into the army.  But his brothers were.  After being in this standoff for 40 days, I suspect that supplies were starting to run low.  So Davids father Jesse sent him to the battlefront with some food for his brothers and gifts for their commanding officers.

While there, David hears Goliath rant on again.  If there is anything you can count on, it's your giant reminding you again and again that it is going to destory you.

Then he observes the Israeli army retreat back into their caves in fear.

David could have said, This isn't my problem.
- David was in no way obligated to answer Goliaths challenge.  But that didn't mean he couldn't do something about it.  Many people can solve a problem but choose not to.

David could have said, What's a matter with you people?
- David could have looked at the army and questioned their commitment to fulfill their duty.  Out of all those men, there wasn't one who couldn't give Goliath a run for his money?  He could have shamed them and went on his way in judgment.

David could have said, The King is an idiot.
- For 40 days they have listened to this overgrown Philistine goad and taunt the Israeli army. The king has done - nothing.  What was he hoping for?  Boring the Philistines into submission?  King Saul was never a shining example of leadership.  David would have been right to point out his failures, but he didn't.

Helping someone else face their Goliath is a big commitment.  But without each other, we will never be able to defeat the giants that would steal our joy.  We cannot say, "It's not my problem."  We cannot sit in judgement of someone elses Goliath.  We cannot call the king an idiot - even if he is.  What we can do is something.

PRAY:  Dear Jesus, help me to help someone else with their Goliath sized problem today.  AMEN