When North Korea Is Your Enemy 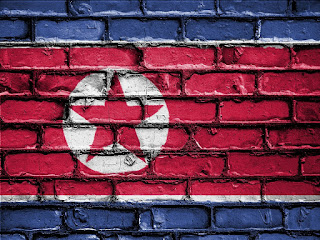 So I haven't said anything about North Korea yet.  I noticed during Hurricane Irma that they were up to something.  Then the President spoke at the UN and named them specifically as a significant problem.  If I was living in that region of the world, I would be concerned.

It seems that most everyone is North Koreas enemy.  That in and of itself isn't a problem. It's the fact that they want to act on their anger is what has most disconcerted.  Making nuclear weapons and then develop long ranges missiles to deliver them is a recipe for disaster.

While you may not be well versed in international diplomacy, you can understand this problem.  You've been in the position where someone doesn't like you and they will do whatever they can to get rid of you.  I've seen it in the workplace.  I've seen it in marriage and I have even seen it in families.  What do you do?

Luke 6:27 - 28 But I say to you who hear, Love your enemies, do good to those who hate you, bless those who curse you, pray for those who abuse you.

#1 - Don't take it personally - make it personal.  Don't allow their actions to trigger an unhealthy emotional response.  Instead, choose to take control of the situation by responding the way Jesus would want you to.  Be nice to them.

#2 - Have patience - use the truth.  Winning over your enemies takes time.  You will not change their mind in a day.  When false accusations are being made against you, speak the truth in love.

#3 - Be meek.  Matthew 5:5.  This doesn't mean that you are giving them permission to wipe their feet on you like a doormat. It means that you are going to humble yourself and trust God to defend you in this matter.

#4 - Determine if this is a mountain you want to die on.  Sometimes the cost of war is greater than the victory.  It just isn't worth it.

Let me finish with this story.

I knew a family who had adopted a beautiful daughter.  Shortly after that, they gave birth to their own child.  For some reason, still unknown to me, the mother hated the adopted daughter.  She wanted nothing to do with her.  She wanted her gone from her life.  After some time I suggested that she see her doctor and a psychiatrist.  Sure enough, something was wrong.

While the father defended this little girl with all of his heart, his wife was declaring an all-out war against them.  He didn't know what to do.  So we put into practice these steps of action.  It began to turn the tide.  I don't know how the story ends.  They never came back to church.  By now the little girl would be nearly 30 years old.

Don't live your life in anger.  Don't be the enemy.  Forgive others who offend you and move on.  Live at peace with others as much as it depends on you.  Romans 12:18