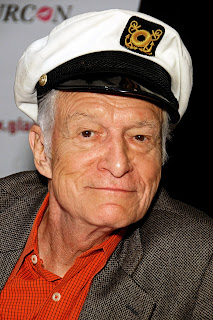 Heb 9:27  And just as it is appointed for man to die once, and after that comes judgment,

Hugh Hefner passed away at the age of 91. He encouraged the sexual revolution of the 60's in its sexual liberation and freedom of expression.  He became the living embodiment of the Playboy empire which he founded and built.

Hef was a self-declared agnostic. That is a person who claims neither faith nor disbelief in God.  However, at his own admission, he claims to be raised as a “conservative, Midwestern, Methodist”. He rejected this guilt-ridden Puritanism environment and lifestyle. That in fact, it caused him to become the man who he was.

Now the Bible says that are not to judge one another.  Believe me, I'm not.  However, the Bible also says that you will know a man by the fruit he produces in his life.  (Matt. 7:16)  In other words, you don't judge, but you do inspect.  Now, how does one, "inspect" another's life?  They use the Bible as their guide.  God's Word tells us what is right and wrong, good and bad, just and unjust.

Hughs views on sexuality and marriage were obviously not biblical.  Neither were his views of women and relationships.  He did live the good life.  Money, women, influence, popularity and more! But do any of those things help you to gain entrance into heaven?  No.

Ephesians 2:8  For by grace you have been saved through faith. And this is not your own doing; it is the gift of God,


1 John 1:9 If we confess our sins, he is faithful and just to forgive us our sins and to cleanse us from all unrighteousness.

Did Hugh die an agnostic?  I hope not.  I hope that in his last days he reconsidered his position on God and remembered his conservative, Midwestern, Methodist faith.  I hope he asked Jesus to forgive Him of his sins.  I hope because if he didn't, it was the saddest day of Hugh Hefner's life.

PRAY:  Dear Jesus, let people see the "fruit" of my life and know that I follow You.  AMEN