The Saddest Sunday Of My Life 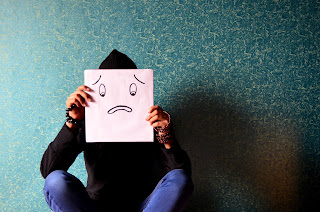 A number of years ago I was in church praying for people on a Sunday morning.  If you have never been in a Pentecostal church, sometimes we call people forward and pray with them personally.  (It's in the Bible.)  As I was praying the Holy Spirit drew my attention to a specific person.  He wanted to tell them something.  I called the person forward, not knowing what I was going to say, and what I said even shocked me.  In essence, they couldn't defeat the temptation that they were facing.  They needed God's help.  That if they would simply give their life to Him - He would intervene. (Here is the interesting part - something that I have never done before or since.)  If they would submit to God, He would give them a long life.  But if they didn't, they would be dead in a few days.  This person looked at me with eyes of anger, got up and stormed out of the church.  Three days later the police found his body.  A drug deal went bad.

Before you think I've lost it - I've met plenty of pastors who can tell similar stories.  God is the God of second chances - but you have to accept your chance on His terms.

Why was Jesus weeping?  Because they had rejected Him.  They believed He was a great man, a great prophet, a great miracle worker - but the Messiah, Savior, Son of God?  No.  He knew the suffering that they would experience for their rejection.

PRAY:  Dear Jesus, I choose to obey You and experience hope today.  AMEN