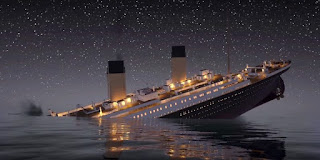 Matthew 15:21-28   21 And Jesus went away from there and withdrew to the district of Tyre and Sidon.22 And behold, a Canaanite woman from that region came out and was crying, “Have mercy on me, O Lord, Son of David; my daughter is severely oppressed by a demon.” 23 But he did not answer her a word. And his disciples came and begged him, saying, “Send her away, for she is crying out after us.” 24 He answered, “I was sent only to the lost sheep of the house of Israel.” 25 But she came and knelt before him, saying, “Lord, help me.” 26 And he answered, “It is not right to take the children's bread and throw it to the dogs.” 27 She said, “Yes, Lord, yet even the dogs eat the crumbs that fall from their masters' table.” 28 Then Jesus answered her, “O woman, great is your faith! Be it done for you as you desire.”And her daughter was healed instantly.
It would appear that Jesus is just rude in this passage.  He isn't, but He is testing her faith.
- To rephrase a famous business axiom.  "Be stubborn on faith but flexible on the journey."  Faith is established.  It isn't wishy washy or ever changing.  God never changes, therefore, the faith He gives us will never change.  But our journey of faith, well that can be fascinating.

In Moody Church, located in Chicago, Illinois, there is a church room named after Scottish evangelist
John Harper.  Harper, who was on a journey to The Moody Church,  drowned when the Titanic sank in April 1912.

Harper’s reputation as an evangelist was so well known that he was invited to speak at The Moody Church in 1910. And so it was that John Harper, his sister, and his six-year-old daughter (his wife had died) found themselves on the great ship, the Titanic. Survivors later reported that as Titanic began to sink, Harper admonished people to be prepared to die. He made sure his sister and daughter were in a lifeboat even as he continued to share the Gospel with whoever would listen. And when he found himself in the icy water with a life jacket, floating near another man, Harper asked, “Are you saved?”

“No, I’m not saved!” the desperate man replied.

“Believe on the Lord Jesus Christ, and you will be saved!” Harper shouted.

One report says Harper, knowing he could not survive long in the icy water, took off his life jacket and threw it to another person with the words, “You need this more than I do!” Moments later, Harper disappeared beneath the water. Four years later, when there was a reunion of the survivors of the Titanic, the man to whom Harper had witnessed told the story of his rescue and gave a testimony of his conversion recorded in a tract, I was John Harper’s Last Convert.
www.moodymedia.org

Harper was anticipating great revival meetings in Chicago where many would give their lives to Christ.  His journey changed and his last great altar call was as the Titanic sank.  His faith never changed, just the details of his journey.

The mother didn't know what to expect from Jesus.  But she believed that He could meet her need.  The details didn't matter to her if Jesus was rude or polite.  It didn't matter if He did it there or went in person.  Her faith was stubborn.  How's yours?

PRAY:  Dear Jesus, I don't know what life holds for me today, but I want to be ready to serve You.  AMEN!