The Power of Pentecost 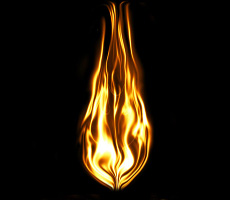 If you don't know, I am a Pentecostal.  Right now some people are saying, "YES"!  There are some that are wondering if I do "weird" things and others who will just outright dismiss me.  But before you that I would like to point out that near 2/3rds of the followers of Christ in the world (around 650 million) speak in other tongues.

But just because one speaks in tongues doesn't mean that they are necessarily Pentecostal.  There is more to being Pentecostal than just speaking in tongues.  (Even though that it an impressive part of it.)

This verse is actually a part of my message today on Pentecost.  Peter declared what the Prophet Joel said around 800 years prior.  There was a day coming when everyone would have access to the presence and the power of God.

But the question is, do you want that power?

Something  I said today in my message was this,  "Some people would rather have a religion than having a relationship with Jesus."  There will come a time and place where you have to look to God and say, "I want more!"  This prayer is a game changer for your life.  The question is, do you have enough courage to say it?

PRAY:  Dear Jesus, I want more of You in my life today!  AMEN

Bob Millsaps said…
I am an Assembly of God pastor in Houston, TX. I am new to the blogging world. My website is folcc.org.
I absolutely love the way you have this set up with a little prayer at the end of each blog. I also appreciate the fact that you are not ashamed to be Pentecostal.
I have been trying to join the Assembly of God blog ring. I don't think I have been successful. That is where I have found your excellent blog.
June 5, 2017 at 9:16 PM

Russ Jones said…
Hello Bob! I took a moment to check out your blog. Nice site. It is an honor to have you visit russjones.us. Please feel free to email me.

As far as the AG blog ring is concerned, I really didn't know that it still existed. I joined it around 2009, back in the days when blogging was new and we were looking for anyone who could help fellow bloggers.

Keep blogging! The more you blog the better you get at it. Good job!