Do You Want More, Donuts? 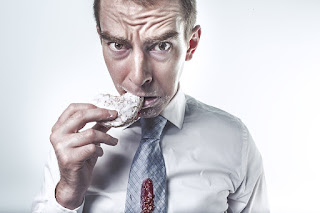 Acts 2:41 So those who received his word were baptized, and there were added that day about three thousand souls.

But now when someone asks me if I wanted more coffee I will probably say no. A couple of cups and I’m done.

If someone were to ask me if I wanted more Krispy Kreme Donuts, I would probably say No. (Even though I did have 4 the other day, that was a treat, not a regular event like it used to be.)

FYI - No ever asks me if I want more money. Hmmmm!

But what were they saying no to?  Their lives being in bondage to sin. Living a life without Godly purpose or direction. The hopelessness that comes from being powerless to do anything.

So the question that you need to ask yourself today is, “Do I Want More?”

PRAY: Dear Jesus, I need more of you today. AMEN.