Who are your 5 closest friends? 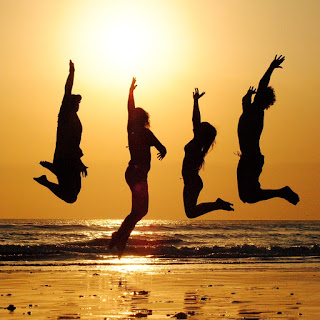 It is said that you are the average of the 5 people who hang around with.

Here is another reason why I like Acts 2: 42 - 27 42 And they devoted themselves to the apostles' teaching and the fellowship, to the breaking of bread and the prayers. 43 And awe came upon every soul, and many wonders and signs were being done through the apostles. 44 And all who believed were together and had all things in common. 45 And they were selling their possessions and belongings and distributing the proceeds to all, as any had need. 46 And day by day, attending the temple together and breaking bread in their homes, they received their food with glad and generous hearts, 47 praising God and having favor with all the people. And the Lord added to their number day by day those who were being saved.

- And they devoted themselves to the apostles' teaching
- And all who believed were together and had all things in common.

What do we see here?  We see a fellowship of followers living life together.  They received teaching from the Apostles, then they would put into action what they had learned.  These believers were so successful at influencing their community that it says in verse 47 - And the Lord added to their number day by day those who were being saved.

#1 Who are your five friends?  No, you may not count, the Father, the Son and the Holy Spirit as three of your friends.  Ok, I'll let you have one, and if you believe in the Trinity, then you get all three anyway.

#2 What are your five friends like?  If the answer to that question is something you would rather not think about, then move on to #3

#3 Do you need to hang around someone different?  Someone is going to accuse me of judging here.  Believe me, I'm not.  But I do want you to inspect the fruit of their lives.  If you don't like what you see, beware, you may be or have already started to produce the very same thing.

Years ago there was an old minister who befriended my wife and I.  We would see each other at individual events and enjoy dinner or lunch together.  But after a few of these engagements, I noticed something.  My friend was very cynical and bitter.  I also noticed that no one else wanted to have a meal with him.  Fortunately for me, I could see it for what it was and take action to stop it before his bitterness became my bitterness.

While I am not advocating that you "disown" some people.  I am saying that the people who you hang around should be chosen with wisdom.

PRAY:  Dear Jesus, help me to choose my friends wisely.  Place people in my life that will make be better.  AMEN