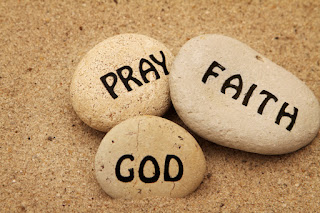 I blogged yesterday, AND I didn't hit the publish button.  Funny how technology is completely unforgiving.  Thankfully I serve a God who is more forgiving of me than my iPhone.

I'm on a trip.  I can see the destination, but I have no idea how I am going to get there.

When Betty and I decided it was time to have children we didn't take the decision lightly.  (No one should.)  We waited until we felt we were mature enough to be parents and that was going to be after our 5th year of marriage.  But before that "magic" number arrived Betty became very ill.  Her doctor declared, "You will never have children.  Try, and it will kill you."

So 5 years became 15 years.  Through a series of miracles, Betty was now able to have children.  When we asked the doctor for his profession opinion, he gave us his overwhelming approval.  (Yes, the same doctor.)  We could see the destination, and we thought we knew how we were going to get there.  But one miscarriage after another haunted us.  With each loss, it would take 6 months to mentally and physically recuperate.  Four miscarriages later we were exhausted.

Something had to change.

Our 5th attempt was going to be our last attempt.  We didn't have the strength to keep going.  It was now or never.  That's when God urged my wife's to seek what His Word (The Bible) had to say about this.  Betty "doubled down" on her faith and for the next 9 months, we proceeded on God's Word.

Ex 23:26 None shall miscarry or be barren in your land; I will fulfill the number of your days.

Mal 3:11 I will rebuke the devourer for you, so that it will not destroy the fruits of your soil, and your vine in the field shall not fail to bear, says the LORD of hosts.

Just because we were in God's will didn't guarantee that it was going to easy.  For nine months miracle after miracle happens to ensure that our daughter would arrive safe and sound.  It was a miracle that was earned by faith, day after day.  Patient played a big part of this, and without it, we would have Anneka today.

You may have to work for your miracle day after day.  If that is so, then know that it is worth it.