There Was No Hope 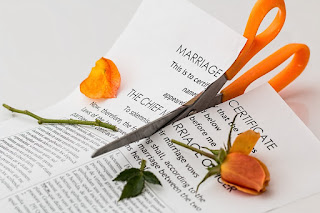 1 John 5:4 For everyone who has been born of God overcomes the world. And this is the victory that has overcome the world—our faith.

A young man sat down in my office to inform me that his wife had left him.  It was sudden and shocking, to say the least.  The family had gone through some tough times, and they were exhausted.  NOTE THIS: If your marriage and/or family are going through stressful times exhaustion will set in.  If you don't get some rest, it can cause someone to either fight or fly.  Your mind and body can only take only so much.

He was madly in love with her and didn't want to just, "give up" on his marriage.  So #1 we prayed.  I knew that we were going to need a miracle.  #2 He submitted himself to marriage counseling.  Even though she wouldn't attend, at least he could understand what was happening and what he could do about it.

Months went by that were long and painful.  The wife wasn't going to make this easy, and he wasn't going to give up.  I don't know how many times he would call me at 2 or 3 in the morning having a panic attack.  It was tough.

Finally, in what seemed like the end of the marriage, we agreed to pray and fast together.  We needed to catch a break.  It happened.  One day he was her knight in shining armor, saving her from a disastrous situation.  She woke up!  All of a sudden she realized what she was doing was wrong and agreed to reconcile the marriage.

Now some of you might think, "Well, he was at the right place at the right time.  He just got lucky."  Luck had nothing to do with it.  He wasn't even supposed to be where she was at the day he rescued her.  He had a, "feeling" that she was in trouble, so he drove from work, in the middle of the day, to check on her. Good thing he did. She could have died.

If your relationship is in need of a miracle, then there is a God who can answer your prayer.  The question is,  "Do you trust Him?"

PRAY: Dear Jesus, my relationships with those around me are important.  I need you to be the center of every relationship in my life.  AMEN.