The back brace just flew off! 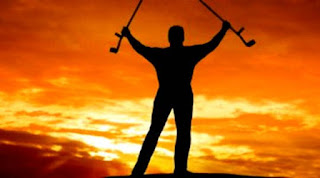 As I mentioned in my last blog, March is all about miracles.  God still does miracles and will continue to do them.  Here is another example.

One Sunday night we were praying for people who needed healing.  In Pentecostal churches, this isn't uncommon.  I remember a very tall gentleman approaching me all hunched over.  It was obvious that he was in pain and needed relief.  I asked him what I could pray with him about, and he told me how his spine was degenerating.  The pain from the pressure was excruciating.  So we prayed.

I bowed my head and closed my eyes.  I placed both hands on his large shoulders and began to pray.  It was an intense and serious time.  He was desperate, and I was praying just as desperately.  All of a sudden he breaks free from my grip and beings to complain about his pain.  "Ow! Ow! Ow!  Get me out of this thing!"  he says.  I didn't know what he was talking about, all I know was, his shirt was coming off.  His wife and kids eyes are as big as saucers.  Mine were too probably.  Needless to say, everyone was watching.  Finally, after taking his shirt off, I could see he was wearing a back brace.  He jerks the thing off of his body and throws it to the side.  He then stands straight up and raises both arms straight up in the air.  Then he beings to walk around picking up his knees as high as he can.  I know, strange right?  But these were things that he hadn't been able to do for years.  In an instant, he was healed.  He went to the doctor a few days later and confirmed what had happened.  His spinal degeneration was gone.

James 5: 14 Is anyone among you sick? Let him call for the elders of the church, and let them pray over him, anointing him with oil in the name of the Lord.

PRAY:  Dear Jesus, I need your healing touch on my life today.  AMEN.

Would you like to see miracles happen in your life?  Then join me Sunday at FFWC.  I am going to share with you this Sunday (and all month) how you can know the miracle-working power of God.