God Needs To Sell A Cow. 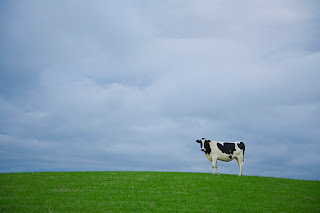 Psalm 50:1 For every beast of the forest is mine, (GOD) the cattle on a thousand hills.

26 years ago I was pastoring in Coral Springs, Florida.  There was an elderly couple in my church who loved Jesus very, very much.  They had spent their whole lives serving Him in one way or another.  But twilight years were becoming burdensome, to say the least.  Physical challenges, coupled with some serious financial problems, was making this couple's life miserable.

It became evident to everyone that they needed to move into a better residence.  But this couple had no money (they were living on social security) and where they were living didn't have enough equity to help.  They asked the church to pray; I asked them specifically how they wanted us to pray. They said, referencing Psalms 50:1, God needs to sell some cows.

A couple of weeks later the husband walked up to be before service and asked if He could tell a story about something God had done for them recently.  I said sure, so half way through the service I asked the gentleman to stand up and tell his story.  It went something like this.

The other day there was a knock at the door.  I answered it, and there was a gentleman who was a total stranger to me.  He introduced himself and told me that we had never met before, but as he was driving down the street, he felt impressed of God to stop here.  Now the rest of the details are rather foggy in my memory here, but the short of the story is this.  This stranger learned of their need and gave this couple a house he owned.  It was better than what they had in every way.  To say I was shocked would be putting it mildly and I believe in miracles.

Since then I have seen or been the recipient of many financial miracles.  God has never had a problem financing His will in our lives.

PRAY:  Dear Jesus, I want to honor you with my finances, but I need your help.  AMEN.