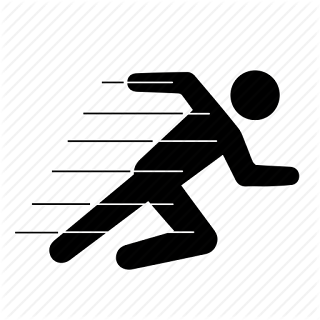 How many of you remember Speedy Gonzales?  He was a cartoon character in the Looney Toons cast.  You can YouTube some of his stuff.  He was the fastest mouse in all of Mexico.

Did you know that he had a cousin?  His name was Slowpoke Rodriguez.  His claim to fame was entirely different.  He was the slowest mouse in all of Mexico.  Put the two together, and the hilarity ensued.

Now I never assumed that Speedy or Slowpoke were examples of typical Mexicans or Mexican culture.  So don't go all PC on me about this.  I just want to ask you a question.

Are you Speedy or Slowpoke?  I think most people will answer the question like this.  "I am somewhere in the middle."  Nice, but I don't believe it.  The reality is that you are living your life more like Speedy.

Let's say that you are driving down the road and you see someone on the side of the road yelling at their car.  You pull over and ask if there is a problem.  The person angerly responds by saying, "My car stopped, the stupid thing will not run."  So with their permission, you look under the hood and ask if you can try to start the car.  As soon as you put the key in the ignition, you notice that the gas tank is empty.  Problem solved, right?  You tell the driver that they have run out of gas to which they say, "I know that, but that's no excuse for it failing me now!"  Huh?

We do the same thing.  We run out of gas and instead of stopping to rest we yell at ourselves or someone else.  We need rest.

PRAY:  Dear Jesus, I need to stop and rest.  Help me to do that with you.  Refuel my body, soul, and spirit.  AMEN.