When It Gets Real 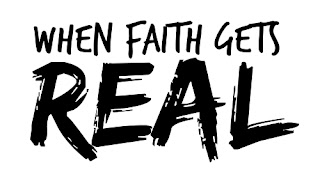 Ok, Gideon has faced his fears by literally facing his fears.  He went to the enemies camp and listened in on a conversation about a dream.  The dream was an enemy soldier that said the God of Israel and Gideon would defeat them.  This dream changed everything for Gideon.  He worshiped God because he realized that God was working on his behalf the whole time.  He returned to his camp of 300 men and announced to them that they were going to defeat an army of 120,000+.  (That's next week)

So the timid, fearful Gideon who left the camp returns full of faith and fire for victory.  What happened?  His faith became a reality.

There are times in your life when what God says and what you see will be two different things.  Trust God more than what you see.  He can see things you can't - but you will soon enough.

Gideon obeyed God, but he was having a hard time understanding Him.
Again Gideon trusted God.  But God's processes were not infusing a large amount of faith in him.  While he did what God asked, nowhere do we see these events inspire Gideon to see what God was showing him.

There will be times when you will obey God and say to yourself, "I have no idea why I am doing this."  Don't panic.  God will reveal everything to you soon enough.

Gideon heard the vision, but he couldn't see it.
God said, "The Midianites will be defeated, and Isreal will be delivered.  You Gideon are the key to my plan."  Again, Gideon just couldn't see how this could become a reality.

Hearing stories of what God has done in the past, even the recent past can help inspire our faith.  But it isn't until it becomes your story does it have a profound impact on your life.

Can you see it?  If you can't, don't' worry - you will.  As long as you continue to follow Gods steps for your life you will discover what has been right in front of you the whole time.