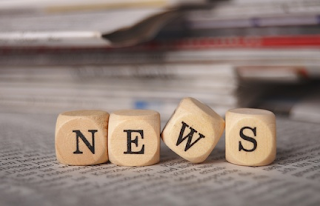 I haven't blogged about everyday events in the last 40 days because I wanted the 40 Days in the Book of Acts to stand on it's own.  But to say that there hasn't been a lot to blog about is an understatement.

Peodfiles
Jared (the guy from those submarine sandwich commercials) pleaded guilty to possessing child pornography and to crossing state lines to pay for sex with minors.  He will probably serve between five and 12½ years in prison, receive sexual disorders treatment for his "medical condition" and his wife wants to end marriage (no surprise there).

No, I don't understand how grown men and women can become ensnared by this kind of nightmare.  But the one thing that I do know is, treating this as a medical condition will most likely get you no where.  This isn't a "mental disorder" as much as it is a "spiritual disorder".

#1 - See sexuality as God sees it.  It is a gift to a man and a woman in the bonds of marriage.  You have to admit.  When you take sexuality outside of those boundaries, it becomes something that it was never created to be.

#2 - See people through your eyes of humility.  Don't allow yourself to be above the standard you would apply to someone else.  In other words, if you were a child - would you want to be treated that way?

Cheaters
With the revelations from the Ashley Madison hack, such as Josh Duggard and Sam Radar, (I am sure that there are more to come) we see the ugly side of marriage - infidelity.

Marriage as a whole has been tested through time by those who cheat.  So does it surprise me to see people doing it today.  NEWS FLASH!  Marriage will survive!  I pray that the marriages of Josh and others will survive too.

But one usually doesn't get up in the morning and all of a sudden decide, "I'm going to cheat on my spouse today."  No, it is something that comes over a period of time.  A spouse gets a little closer to the flame and . . . .  At first they probably call it harmless flirting, but then it quickly turns into something else.

#1 - Admit that marriage is going to take some work and that it will be tested one way or another.  Be prepared to forgive as well as determine to rebuild trust.

#2 - Commit to defending your marriage against ANYTHING that even appears to be a threat against it.  That means you will take defensive position against "harmless flirting" and stop it before it goes to far.

Birthdays
Anneka turned 12 this week.  Now some of you might be thinking that this doesn't belong to the aforementioned material above.  You would be right.  But I can't separate it.

This is the world that my daughter is growing up in.  She will become an adult and have to face much more than this.

I am teaching her how to watch for peodfiles and I have to make sure that she isn't allowed into a situation where she could be abused.

I am teaching her, through example and action, what a Godly marriage really looks like.  The good and the bad - the ups and the downs.  She sees how Betty and I protect our marriage.

Do I allow the people of this world to taint my outlook on life?  No way.  The Jareds and Joshs of this world do not, nor will they ever, have the right to determine my future. my marriage or the future of my daughters life.

So I will celebrate my daughters birthday full of hope that she will become the woman that God has created her to be in body, soul, mind and spirit.  She will be able to see the world for what it is, but understanding that it doesn't own her.