We've Got A Sin Problem 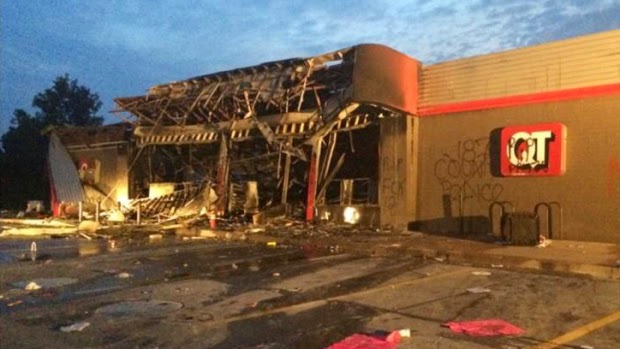 As I watch the events of Ferguson unfold the last couple of nights, I have to say that I wasn't surprised.  I don't think that it would have mattered which way the grand jury ruled - riots were going to happen.  That's just my opinion.

Now before anyone thinks that I am taking sides or speaking on behalf of my race, I'm not.  I'm speaking as a Pastor and as a follower of Christ.

What I see it as is a sin problem.

Let me bottom line this for you just in case you're not going to read the rest of this post.

Racism is a sin.  It's a sin just as much as murder, theft, lying and gluttony.  Sin is sin in God's eyes.  When sin saturates a culture and it's governing authority - it's going to act like it.  So, none of this surprises me.  In other words, sinners act like sinners.  I hope that didn't surprise you.

We need a sovereign move of the Holy Spirit in our lives, in our churches, in our communities and even in our government.  If you want to see things change you have to pray.  But?  What are you going to pray for?

But what about . . . ?  Listen, there are a thousand and one reasons why you or I could throw up our hands and quit.  There are plenty of reasons to write off certain people, races, the church, government and everything else.  BUT WE DON'T DO THAT!  Jesus died and rose again to overcome these obstacles.

Will racism ever go away?  No - Never.  We will have to be ever vigilant to confront it and deal with it.  Just like we do every other sin that tempts and confronts us.