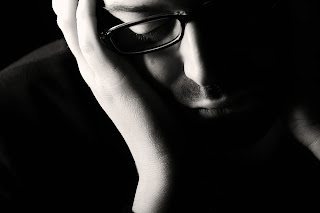 My previous post When a Pastor Commits Suicide has really taken off.  I'm in shock because as of this morning it has garnered over 6,000 hits and is still climbing.

Out of everything I have ever blogged - what is it about this entry that got so much attention?

So far there have been two different reactions to this blog that I have received both publicly and personally.

#1 Has been from ministers, missionaries and especially pastors kids.  Their response has been simple.  "Been there, done that and you are absolutely right."  Well I was speaking from personal experiences, so I hoped I would be.

#2 Has been from the general public.  Their response has been "How could a pastor could do this?"
Let me address this one if I can.  Your pastor has to do a lot of things - but I think that we forget that they deal with spiritual matters.  Matters that can lead to some very, very dark places.  I have heard the confessions of murderers, mothers who were drug dealers, parents who were pedifiles, mobsters and more.  I've held the suicidal person in my arms, keeping them from harming themselves, and wept over the caskets of those I didn't reach in time.  I've been attacked by those who would want to see me destroyed, not only professionally but personally.  I've dealt with death threats against me and my family.  I've dealt with the deep depression that comes when those who I called my best friends turned into my Judas' and betrayed me.  I've been called a racist, a liar, a fake and worthless by those who would try to manipulate others against me.  I've seen into the souls of those who were demon possessed / oppressed.  I've had to deal with wiccan witches who tried to harm my church and  destroy my marriage.  I've gone without paychecks because the church treasurer was stealing from the church.   I've been homeless because the church couldn't pay me.  I've had to rely on God to support my family because the church couldn't afford to pay me.  More than once I have had to rebuild what I had already put years of heart and soul into, because one person in one day destroyed it all.  Then I had to do it with a tender, forgiving and grateful heart.

Now to be fair, some of these people called themselves Christians (that's debatable) and some were outright sinners.  Nonetheless understand this, a pastor's life is just as fragile as yours.

HERE IS MY POINT:  All of this and more happens.  When it happens - it always leads to a dark, dark place.  A place where pastors have to go to save the people in their care.  Jesus spoke of the shepherd who would leave 99 of his sheep to go rescue the 1.  I don't think that you understand how dangerous that rescue operation is.  Most pastors have to go and they have to go by themselves.  Not because they want to or because they have a hero complex - but they know whether or not you are ready for such a dark reality.

To face hell and it's evil forces isn't a pleasant job.  Your pastor, if necessary, will stand alone and protect all those who are in their care.  But they know to do so will come at a great price.

Why does all of this happen?  Because the battle for your soul is real, mean and nasty.   There is a war going on and our pastors are the field generals who fight the good fight of faith for themselves and for you.

Ephesians 6:11-13  (CEV) 11 Put on all the armor that God gives, so you can defend yourself against the devil’s tricks. 12 We are not fighting against humans. We are fighting against forces and authorities and against rulers of darkness and powers in the spiritual world. 13 So put on all the armor that God gives. Then when that evil day comes, you will be able to defend yourself. And when the battle is over, you will still be standing firm.
(I'm thinking about blogging about more about the armor of God - what do you think?)

THE DARK PLACE:  It is real and it is scary.  Been there - I know.
Pastor, what do you do?  - Psalm 23:4 Even though I walk through the valley of the shadow of death, I will fear no evil, for you are with me; your rod and your staff, they comfort me. - (ESV)   If you can't see, don't be afraid.  Darkness is only the absence of light.  It can't hurt you - you are a child of God.  Reach out and find the staff of your Great Shepherd, Jesus.  Let it lead you out of that dark place you are in and into His marvelous night.  You will get out - you will be safe again.

People, what do you do?  - Don't assume anything!!  When a pastor falls apart (and there are number of ways that can happen) I hear the same thing over and over again.  "I didn't know anything was wrong!  I would have done something!"  Don't be reactive in caring for your pastor - be proactive.  Pray for them NOW and EVERYDAY like TODAY is the WORST day of their life.  Believe me, this works.

Leadership, what can you do?  Pay attention!  If your pastor looks frazzled - it's probably because they are.  If they are short tempered, what is pushing them over the edge?  Ask questions and take action!  Make your pastor take their days off.  Assign someone to screen his calls on his day off - or at least help him discover the power of voice mail.  Get them a personal assistant to help them deal with the tedious tasks of the church.  Ask your pastor if they are in the Word of God and praying consistently.  If they are not, ask them what is keeping them from it and help them find a solution to their problem.  Don't chastise them - help them!!!  I don't know a pastor anywhere who doesn't love to be in the Word and in prayer.  Help them!!

Well, will this entry be as popular as the previous?  I don't know.  But I know this.  This really means something to you - otherwise you wouldn't have spent this much time reading.  If that is the case, I would surmise that you are the person who will be your pastor's supporter.  When they succeed and when they fail - you will never quit or give up on them.  God sent them to you - now take care of them.

Unknown said…
I completely agree with your post. Pastors need the support of the church. But, as church leaders we should have an opinion about not only the reasons why someone commits suicide, but also the biblical fate of someone who does such an act, especially a Christian and in this case, a pastor. Like all of life's issues, suicide must be dealt with biblically. Suicide is self-murder. We are not our own, we have been bought with a price, the blood of Jesus. If we do not take a public stand to denounce this heinous act, someone else who may be struggling might think that suicide could be a legitimate way out of their pain. We should not give anyone an excuse to believe that suicide will put them in Heaven. Suicide is wrong and cannot be justified biblically.
November 16, 2013 at 12:19 PM