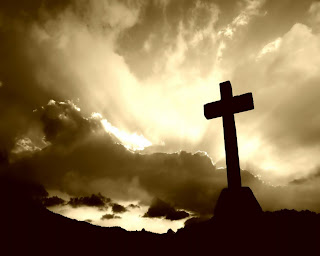 I've been wanting to write this post for a few days.  Simply because there is a loss in our society as to what is sacred.

But let me start with defining "sacred".  Some would say, "holy" or "set apart" and they would be right.  But allow me to take it a little farther.  Sacred is what you treat with respect, honor and dignity.  Sacred is something that you don't disgrace, humiliate or cheapen.  That which is sacred is not only valuable to personally, but it's valuable to us as a society.

So what are some things that are sacred?  (In no particular order)

Relationships - The friendships and relationships that we enjoy are very sacred.  God never wanted you to abuse the people around you.  In fact, some of these relationships are there for you to honor and obey.  It's in the Bible.  The Bible also tells us what limits these relationships have and what purpose they are suppose to serve.  We can't do "whatever" we want just because.  When we treat our relationships as sacred, then God will bless us.

Marriage - God created marriage, it isn't a product of evolution or of society.  The reason that it is sacred is because God recognizes the oath made between a man and a woman.  In other words, he will support the marriage up if the marriage will place Him first.

Sex - Yes this is very sacred.  In a sex saturated society it seems that having sex or being promiscious is normal and expected.  It isn't.  Sex was created to be between a man and woman in marriage.  That isn't some kind of "religious preachy" talk.  It is the way God created it.  When it is between a man and woman in marriage, it is exciting and wonderful.  Outside of marriage, it becomes cheap and emotionally painful.  So much so, that people don't even care what others think about them.  Sex has sucked the life out of their soul because it was applied to their life improperly.

Truth - Or to put it another way.  Right and Wrong.  The truth is the biggest casualty of our sacredless society.  We say it, therefore it must be truth.  When someone is called on the carpet for lieing, then the screaming and shouting begins!! How could you do that!  Quit manipulating the truth in order to get what you want!!

Jesus - This one should be a no brainer.  But it isn't.

Life - When did it become someone elses right to decide if you live or die?  That is the greatest tragedy from allowing abortion to become legal.  Not only have millions of children never seen the light of day.  Now we think it is ok to take your own life.  Now we think that it's ok to let you die because you don't have a good change of survival.  When we started treating people like the bottom line of a balance sheet, we lost our soul and the ability to care about others.

Family - Yes, I am talking about a Mom and a Dad.  I'm not ripping into single parents.  Stuff happens.  But to say that you can be both parents to a child, or that as long as you have two people, that's good enough is bunk.  My biggest problem here is with men.  You need to fight for your marriage and for your family.  You don't need to be fighting for your time in front of the TV to watch football or for time to go hangout with your friends.

Your Character - You can't make people like you (nor should you).  You can't force what someone thinks or says about you.  But you can give them a lot of good stuff to work with.  Your character is who and what you are everyday, good or bad, day or night.  When you treat it as sacred, when you determine to honor God first with it - then you will know His assistance in your life to be everything He wants you to be.