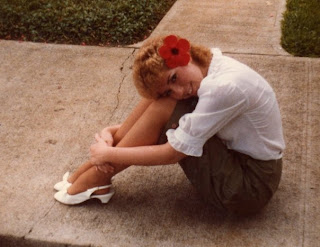 It was on this day 29 years ago that I married my bride and love of my life Betty Engstrom.  Some day I'll have to tell you about it.

But I want to back up to 1981.  It was late August and all the freshman at Central Bible College were lining up to get their class assignments for their new year.  There on the steps of the library we impatiently waited for our number to be called.  Once you entered through those doors you embraced God's call on your life and started a process of discovery about your future with Him.  Well, that's the way it was suppose to work.  Except for me, I apparently had to take care of some business.

Behind me I could her a young woman and her mother going at it toe to toe.  What classes was she going to take?  What her schedule was going to be?  Blah, Blah, Blah.  Then I finally had it.  When mom said, "I think that you should take greek."  I lost it.  I turned around and said, "Are you crazy?  That's a junior, senior class.  That will eat her alive and she will quit school before in her first week." The mother was shocked and the young woman was in love - with me.

Now fast forward three years later and that same mom still doesn't like me, but the young woman is saying "I DO"!

Has it been a bed a roses for us?  Sure has!  But nobody told us that we should have dethorned them first!  OUCH!  No it hasn't been perfect.  But marriage has never been nor will it ever be perfect.  It will be marriage though - and it is one of the greatest rewards that God will honor you with in your lifetime.