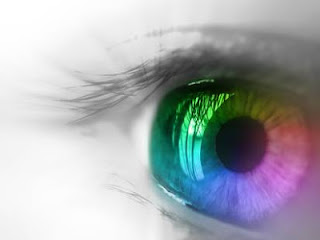 There is a another scripture that you need to know too.

Proverbs 13:12 Hope deferred makes the heart sick, but a longing fulfilled is a tree of life.

One of the hardest things for a leader to do is get a project, a church or a business off the ground.  You put in lots of hours, eat lots of pizza, get people to help you, invest lots of money and in the end you have no idea if it will even work.  Well you don't.

None of us have a crystal ball when it comes to the future.  We can read the signs of what is coming down the road, but even then we're not certain of what we are looking at.

I was raised in the hills of Arkansas.  I learned that if you are driving that as you approached a curve, there would be a yellow sign with a speed limit on it.  Most of this time it was more a suggestion than a hard and fast rule.  But once in a while those signs didn't lie.  One mile over the speed "suggestion" and you could find yourself in a tree or over a cliff.

When your looking down the road you have to constantly keep asking yourself.  Is this going to work?  Joshua had done everything that he needed to do - it was now time to go forward.  He was prepared, the people were prepared and now it was time.  They needed to see the Ark of God start moving in a certain direction.  Toward the river Jordan where there was no bridge or crossing.  You see, they needed some faith.

When you being to put vision into reality, you should begin to see the faith of those who are with you being to rise.  Even though Josh hadn't crossed the river yet, the fact that they people were not griping or running in the other direction says a lot!  Even though you may be facing impossible circumstances or situations your peoples faith in you and in your vision is powerful.  Powerful enough to overcome.  Then with God's help, powerful enough to see the vision become a reality.

You and I live in a world that doesn't factor God in anymore.  If anything, the subtract Him from the equation.  Mankind is convinced that, "they can do it".  Our forefathers over 200 years ago didn't proceed to build this Republic on their own.  They proceeded with their faith in God.  29 of the 56 signers of the Declaration of Independence held what are today considered seminary or Bible school degrees.  Many others were bold and outspoken in their personal Christian faith.

Whatever your vision is - add God to the equation.